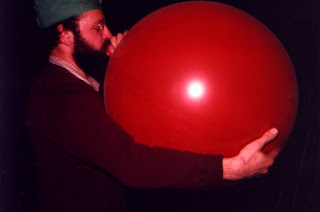 Important Questions to ask yourself about Acting in Animation

I've just started to look hard at acting in animation and heres a tip I picked up from Keith Lango. Again I fully recommentd him. He will raise your game.

1st What are the internal Realities for this character at this moment at this time and place?

(Ask yourself? What does this character need right now, what do they not have?)

2ndHow do they feel about it? What is their Emotional Reaction to it?

(Example: If you’re an attention seeker and nobody paying attention to you

= You want or need attention and you’re not getting it.

What are your emotional reactions?

Animation is: The outward expression of internal realties of our characters.

The 12 basic Principles of animation.

Hi, this is basic straight forward notes on the principles I have picked up from various places, including the Illusion of Life, and Animation Mentor Lectures. Its a kinda crash course into the principles. My view on the principles has and may change as I continue to develop. Keith Lango refers to knowing the principles well is like having good hand writing. You have the ability to tell your story with good hand writing. The principles aren't animation they are what you need to be able to animate well. Excluding stylised animation of course. Sorry if I've miss quoted Keith, but check out his blog for some awesome tips on animation. I fully recommend subscribing to his tutorials. I've downloaded a few and they have been fantastic.

Heres the principles and what they are for.
12 Basic Principles of Animation.

Squash can be the anticipation before and object moves. For example before you jump, you must go downward and in doing this you’re squashing your body down.
Stretch is when the weight of an object is left behind. So when you jump up, the earths gravity is pulling you down, therefore your body is being stretch.

The best example of Squash and stretch can be seen in a bouncing ball and it also the best exercise to help you get to grips with basic fundamental of animation principles.

Anticipation is when we are showing the audience what we are going to do before we do it. In order to take a step we shift our weight onto our standing foot, this is the body anticipating the movement. If you try to stand on one foot you will feel and see your body weight shift. 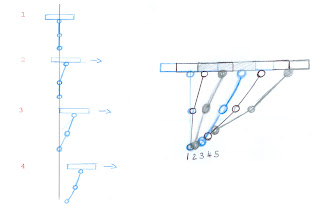 An object in motion tends to stay in motion! Characters on the screen do not terminate suddenly. You need to animate your character coming to a natural rest, so that he remains alive on the screen. When you walk in a straight line and suddenly you stop yourself, you will notice that your body needs to catch up with itself. The legs stop but the torso neck head and arms will all overlap the movement until they come to a rest. Also you need to remember that there will be a successful braking of joints. Though out your body. Your waist will stop first, followed by your stomach (mid section) and then your chest, neck and head etc. Clothing items, hair and anything flexible on your character will overlap the characters movement also. 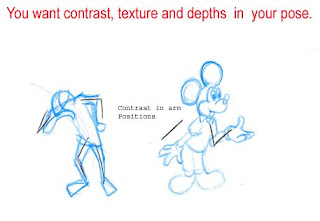 You need to have a clear silhouette that displays the characters action, expressions and emotion. These poses must help the story telling of the scene. At least one pose in your scene should help tell the story. Solid drawing dose not mean you have to have a talent in shading and creating photographic interpretation. You need to draw quickly and clear in order to get your thumbnails down.


5. Straight a head and Pose to Pose.

This is the two different ways to animate. Straight a head method is when you do exactly that. Animate from frame 1 and continue until you stop. This type of animation can offer fluid results but lacks structure and can become time consuming.

Pose to Pose, is when you block in your scene with story telling poses, also know as golden poses. This will structure your scene and you won’t spiral out of control with this structure. Your poses should change when your character’s emotions change or when a character under takes a new action.

Remember this K.I.S.S = KEEP IT SIMPLE STUPID! Clarity and appeal are very important in your posing also!

How you set up your scene to tell your story. Clarity and entertainment value are the important values of staging. Body gestures of people sitting together closely will represent two people who are interested in one another. Two people sitting with each other but looking and leaning away from each other will display discomfort between the two. 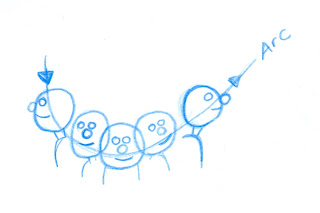 Arcs make your movement more fluid. All movement in nature moves on an arc with maybe the exception of some insects.
You need to track your arcs no matter if you’re working on computer or paper

Appeal dose not mean cute and cuddly. Its means anything a person would like to see, is it interesting, funny, sad, etc?
Your poses are clear and the entertainment value is there. Your scene is clear and reads with the audience. You need to ask yourself would anyone other than your mother enjoy seeing this shot!! You have to be realistic about your work and push it as far as you can. Is it appealing enough for someone to pay to see it?

9. Slow in SLOOOW out 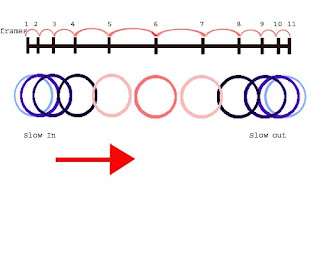 When you move, your body builds up momentum and it takes time for that momentum to build up and also to stop. When your body is trying to stop moving it often will cushion that movements halt. When you start running the first step will not have the same speed as when you’re at full throttle. It will also take time for you to slow down. This also applies to subtitle movements, a slight twist of the neck will slowly move at the beginning of the movement and at the end of the movement. A characters movement can be slowed by adding more drawings into the scene.

Timing is possibly the must important principle as its how you tell the story and sells the characters weight in his movement.
A heavy character will move slowly to sell his weight. And skinny guy will be moving faster as he has less weight to move around the screen. Timing will display emotion in character a slowly moving guy might be depressed or sick and a fast moving character will be up beat and excited about life.

Timing allows us to add texture and rhythm to the scene by having contrast in our movement. You want to have at least three speeds in your scene.
Slow medium and fast. You don’t want your scene to have a rhythm of

Treat your scene like a song, it needs to have rhythm.

A secondary motion by the character that helps carries the scene but does not take away from the main action. Fore example if a character is up set and turns his back to the screen, while the character is turning he wipes a tear from his eye. This movement would be classified as the secondary animation. It adds texture to the scene.

Exaggeration is when we push are work that little bit further. Exaggerate the pose the timing to really sell are work. We are not duplicating reality but characterising it. We do this by pushing the characters emotion.
Posted by Brendan at 5/07/2009 04:05:00 pm 4 comments:

Poses in order, excitement, Strong, Balance, and shock, poses that tell a story. 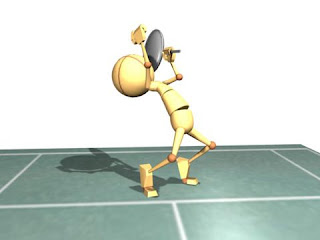 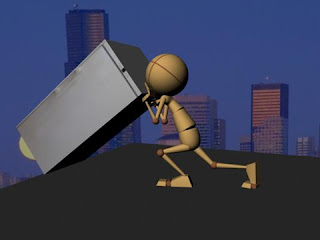 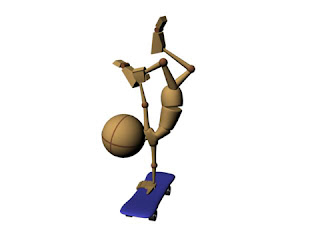 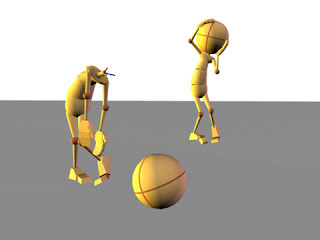 I thought my reel would be better shown here than just posting a link.
This is work from working in game studios, Television shows and Freelanace work and of course Animation Mentor work.
Posted by Brendan at 5/06/2009 01:13:00 pm No comments:


I've been trying to work in some realistic facial expression into my work. The test isn't perfect but its a step in the right direction. I modeled and animate this work.

I used reference from a great book called