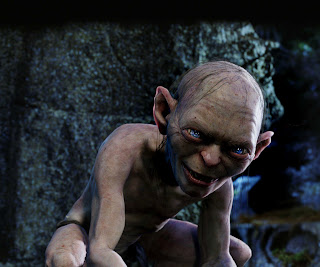 My repsonce to ED
I think what has distracted me, is that I believed that inner monologue is the same as thinking, and that's something we display on screen, usually with emotions expressed in the character, or a conflict, that our audience can empathize with. So I hope I get it now, and I think I do. Empathy is the key, like you say in your class.

"Your note about "inner monologue" is interesting, Brendan, and I'm glad you mentioned it. I don't think I have ever addressed the inner monologue specifically, and I probably should. Bay Raitt recently told me that when he was working on Gollum's facial animation, the animators divided the page of the script into two halves. On the right hand side was the dialogue spoken by Gollum. And on the left side was Gollum's thoughts. As I recall, he said they tried to animate those thoughts. Many times I have heard good animators say that they "animate the thought".
It seems to me that animating the thought is a good idea, just as long as you keep in mind the formula "action pursuing objective while overcoming obstacle". Indeed -- as was the case with Gollum -- what the character is saying does not make clear what his true objective might be. People -- including animated ones -- tell lies. Or half-truths. A man meets a woman and compliments her on her dress when his true objective is to get that dress off of her. If you were looking for objective in the line: "That is a very pretty dress", you would not get necessarily close to the truth. The guy might be a dress designer by trade. Or he might be gay. The possibilities are limitless. The key is to know your character intimately enough so that you, the animator, know his true objectives -- even if nobody else does." Ed Hooks

just don't say something with your pose choices. SAY IT!

Is it our characters thoughts or their emotions that drive their action in your scene. 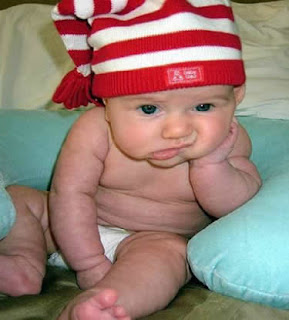 Should our characters emotional expression be the driving force? Or should the character’s thoughts be the steam behind the engine.

What drives our character's action? He or she wants something! How do they feel about it? And how do we show this on screen?

I wanted to share a conversation I had with Mr Ed Hooks on this matter.

I asked, was it our characters emotions or thoughts that should drive are scene? At first I thought it was a bit of both, which ultimately seems to be the answer.

“The connections between thinking, emotion and physical action are a little tricky……It is true that thinking can lead to action. I can decide that I want to take a sip of coffee from the cup next to my computer, and that physical action would not have much to do with emotion. It also would have no theatrical value. Professional wrestlers and boxers have quite a lot of physical action, and they train to remain level headed during a fight.

The most important thing to keep in mind is that we humans only empathize with emotion. We do not empathize with thinking. What you as an animator want to do is create in your audience a sense of empathy. So, although thinking CAN lead to physical action, what you are going for is emotion that leads to action.

Emotion all by itself has zero theatrical value. If you create a character that is so happy he is jumping up and down with glee, that is emotion leading to action, but it would lack conflict. If this was the first time he jumped up and down since the car wreck, he would have to contend with s stiff body and maybe weakened legs. That would make it theatrical.

Emotion and thinking is a two-way street. The way you feel affects the way you think. This is probably what people mean when they tell you that emotion leads to thinking that leads to action. There is NEVER a moment in our waking life when we are not experience some kind of emotion, even if only low-grade. As I write this, my emotions are not going off the scale, but I certainly have some. I am anticipating the arrival of some handymen who are going to fix some things in my home, so I am a little bit excited, and it causes me to type a little faster than I would normally. So, in this case, emotion affects my thinking, and my thinking leads to faster typing -- physical action. But there is very little conflict to my typing, so no audience is going to want to watch me do it for very long.

The way you think affects the way you feel. The way you feel affects the way you think. A person who is frightened might not make rational decisions. Still, the formula that thinking tends to lead to conclusions and emotion tends to lead to action is a valid one. What I want is for my students to understand that it is impossible to have emotions without thinking. Emotions are automatic value responses. Common sense dictates that you would not be afraid of an approaching rabid dog until you know it is a dog. Recognizing that it is a dog is a thinking process, not an emotional one.” Mr Hooks

There is great stuff in here, meaty subjects. I still had unanswered question on this topic which I will release shortly.

“After all our studies, we aquire only that which we put into practice” -Goethe

(I’m not sure who Goethe is but I agree with him.) 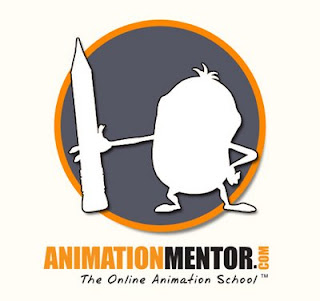 I found it tricky to do some studying and animate at once at animation mentor on top off a full time job. You can do it, but I just didn't feel like I was getting enough out of it. By that I meen I don't think I was asking the right questions or enough questions. So I've spent the last 6 months or so studying hard and now ready to get back in. I fully recommend people to study the Illusion of life and also study Eric Larson notes and others that can be found at animationmeat.com. I also recommens Ed hooks books and as I've mentioned before Keith Lango has alot great video tutorials availble for download on his website. Study anything really you can get your hands on. There is so much out there. So Im ready to drive my mentors mental with questions.

my foot note for today.

Don't move anything without a reason.

I entered the 11 secoond club this month and my shot bombed, I love animation and they say true love never ran smooth.

My biggest mistake was I played it too safe. I floated between poses and didn't hit them hard enough.
I need to hit my poses way harder than I think and I should hold my poses longer than I expect. It should improve my work.

I didn't emphasise my mouth shapes on F'W'O and G's in my lip sync.
I was recomended to use a webcam to record myself speaking the lines at a normal pace, then go back through and frame-by-frame through it to see how your mouth changes as it forms the words.

Hopefully with this advice, i'll improve.

The lipsync is a bit stiky on this. So please go to the link, to get proper playback.